Rolleiflex was the brand name for Twin Lens Relfex (of TLR, for short) cameras made by Franke and Heidecke from Germany. Exceptional cameras with exceptional image quality. Read about 'em here.

The leather parts are of brown cowhide with a crocodile-like pattern. The back has chromium-plated edges that give the camera a sophisticated elegance. The logo on the front of the camera corresponds exactly to the one that adorned the Rolleiflex cameras of the thirties. The well-proven carrying strap eyelets of the earlier models have also been taken over.

The Rolleiflex Standard, built from 1932 to 1935, was the mother of all Rolleiflex cameras. The Rolleiflex is part of a family of cameras called Twin Lens Reflex, or TLR in short. Simply means the camera has two lenses: the upper lens is used to frame the image, the lower lens is actually a shuttered lens and takes the picture.

The design proved very successful and as a result, many other brands also built TLR cameras. TLR cameras were built in Germany, Czecho-Slovakia, The USA, France, and of course a lot were built in Japan! But, the Chinese also built a pretty good Rolleiflex copy! I will shortly be adding information on the one copy with a 2.8 lens that was ever built, the Beautyflex 2.8. Look for the article in the TLR section of this site.

Below is my former copy of the 1960s series flagship, the 2.8F Planar version. I consider it the medium-format equivalent of a Rolex watch: beautifully made and a precision picture-taking machine! Many of those type-F cameras nowadays have a dead meter and parts are getting hard to come by, but this one had a meter that was checked for accuracy by mr. Hans Klinkhamer in the Netherlands and it was spot-on when compared to three other exposure meters I own, including one in a Nikon DSLR. 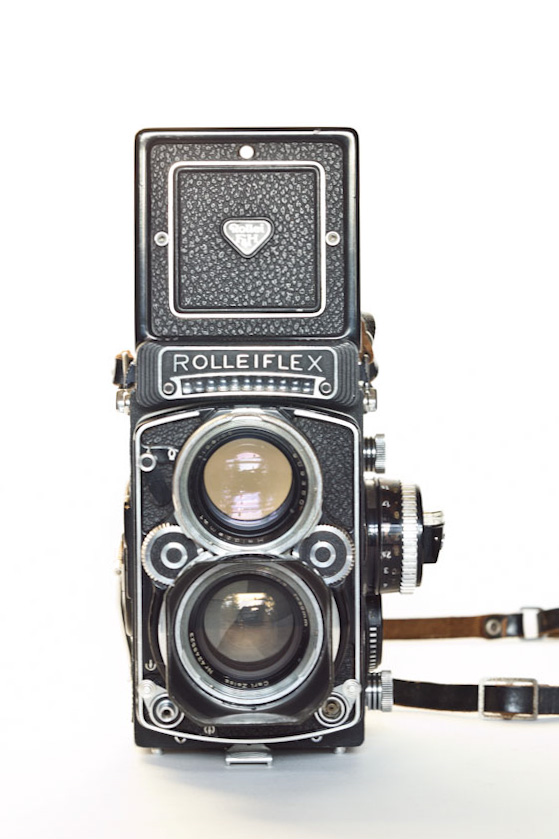