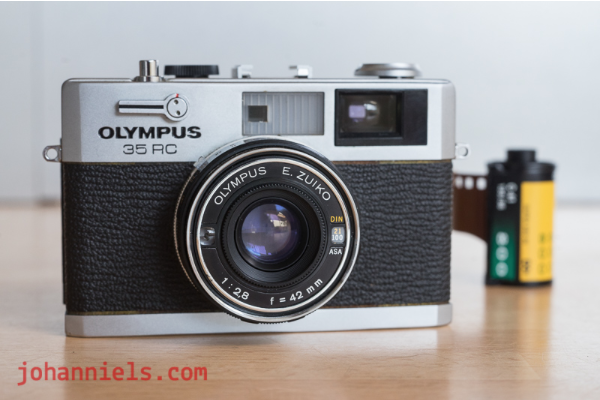 The Olympus 35RC is deceptively similar to other cameras of the early 1970s, at first glance. It has a 40mm 2.8 lens and as such is similar to a Ricoh 500G, several Konica and Minolta models (those were two separate companies back then), and a plethora of zone focus cameras. But, the 35RC has full manual override of all settings and that quickly made it a beloved photographers camera. A position it has kept for decades.

So what is this camera about? Read the specs list and you'll get the idea pretty soon

Filter Thread: Yes, but it's the era-appropriate oddball 43.5mm diameter by 0.5mm pitch. The light meter reads through the filter though which is very useful.

Flash Sync Speed: All speeds, including 1/500, for electronic flash. 1/30 in red is just a suggestion and for efficient use with flashbulbs. Flash Sync: X sync at all speeds. Has both a hot shoe and a PC terminal for use with studio strobes.

Self Timer: 10 seconds. Dorky lever on front of camera that flips down.

Weight: a measly 410g as specified by Olympus, a very enjoyable carry-all-day camera!

Power: One PX-625, PX-13 or EPX-625 mercury battery. Or modern nifty replacements with a Zinc-Air hearing aid battery at 1.35Volts and a small adapter! 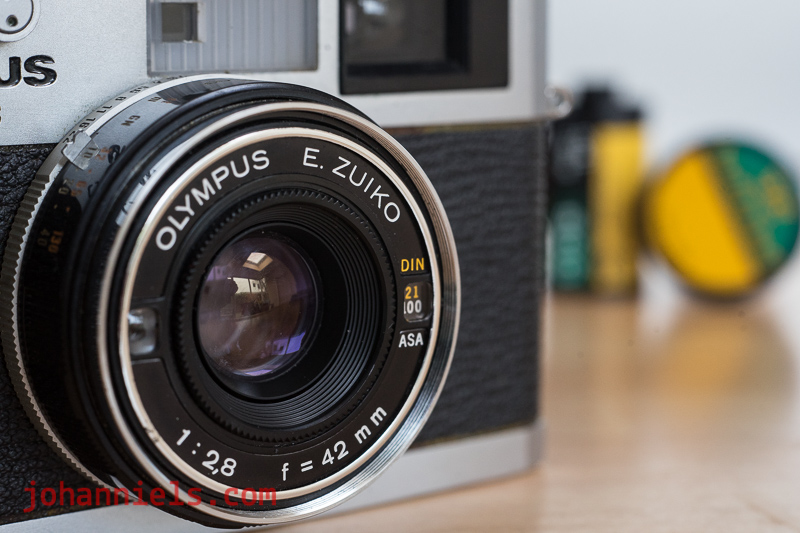 40 frames on a 36 exposure roll! How can this be? Quite easy: the Olympus 35RC is so small that you don't have to pull the leader out to load the film. This saves you half a frame straight away. And since the exposed area of the film is so close to the canister, you don't have to pull the last frame out of the canister as far as on larger cameras. So while larger cameras may get 38 frames, the tiny 35RC squeezes out 40 frames. Yahoo! 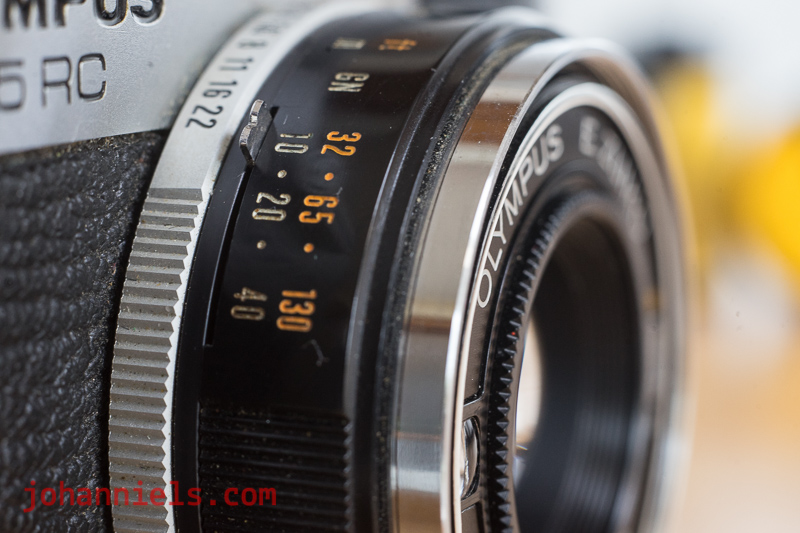 To shoot the little marvel

Turn the selector ring to "A" (automatic aperture selection), choose a shutter speed, and go.

As you press the shutter, you'll see the needle move, stop and lock at the aperture at which the 35RC will shoot. If the 35RC needs an aperture larger than f/2.8 or smaller than f/22, the shutter locks. Choose a better shutter speed, or a manual setting. Its sometimes tough to get f/2.8 in Auto mode since it might lock, just set f/2.8 manually.

For manual exposure with just the camera: check the built-in light meter in A mode by pressing the shutter halfway and then set the aperture on the control ring. Do not move the shutter speed dial after that, of course. Now you can for instance compensate for back lighting by choosing an aperture 1.5 stops wider open. Or change the aperture to any other setting you like to alter exposure for that creative shot you're looking for. 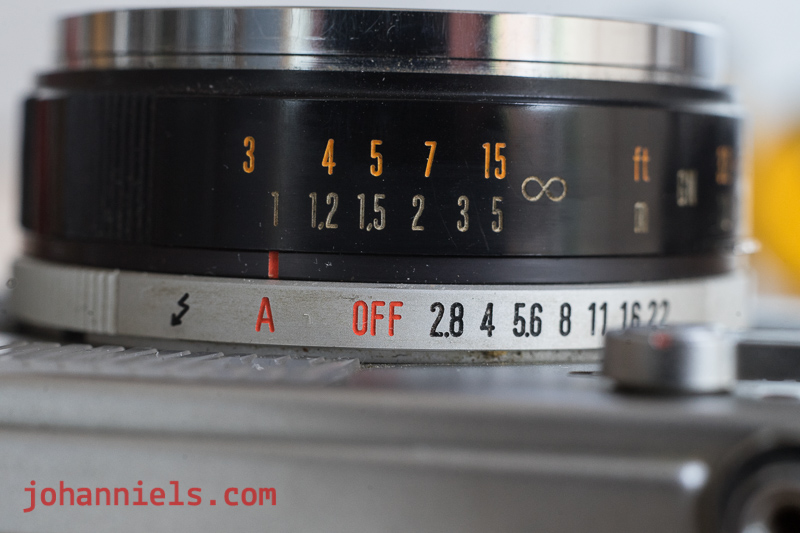 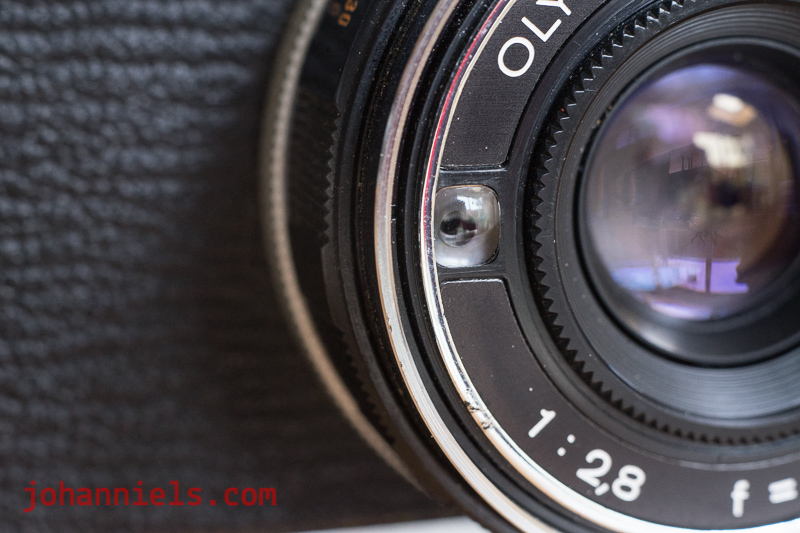 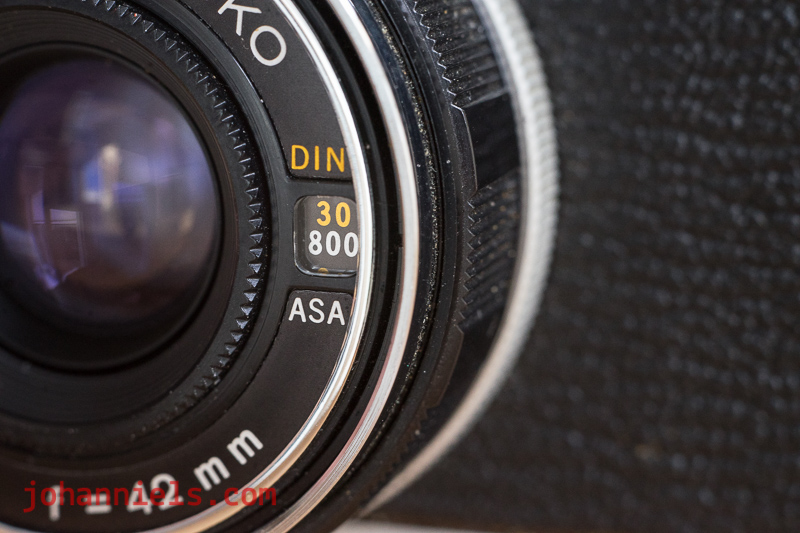 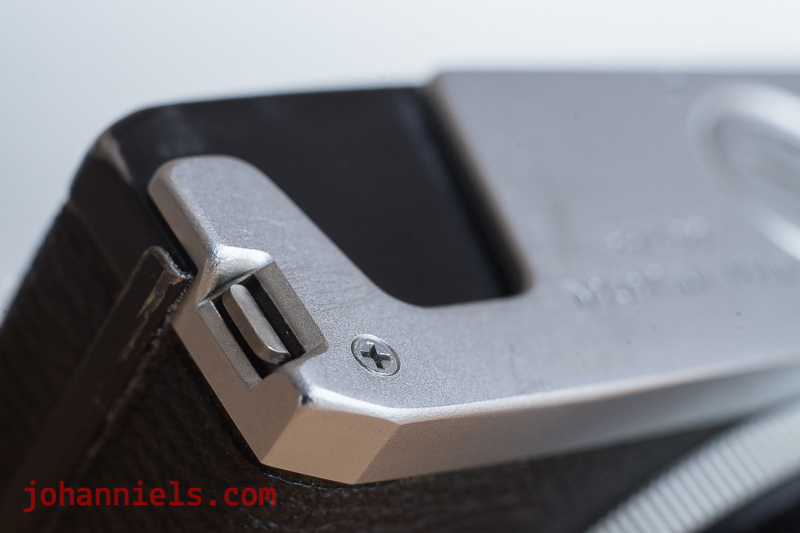 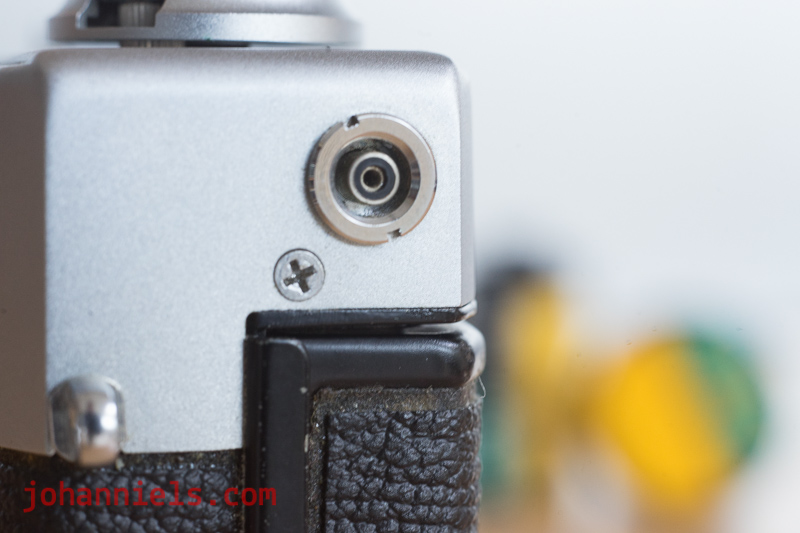 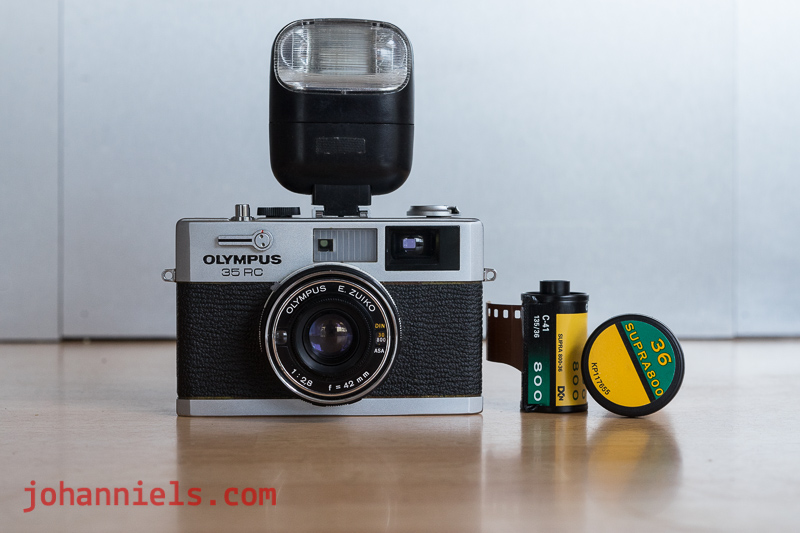 This small flash was made by Osram and was called the SunnyBoy. I loaned one to my daughter and never saw it again, but luckily still have one left.

This full frame Olympus 35RC rangefinder is hardly any bigger than the two half frame Pen brothers I'm showing it with here!