Featured in this article is a Leica M4 that went through its paces. I always imagine it served in Vietnam, since many photo-journalists who worked there and used Leica's, chose the M4.

The Leica M4 was made from 1967 to 1975 and was a very successful camera. Again, it was a true photo-journalists camera: the 35mm framelines from the Leica M2 were carried over to this model and it also had the 135mm framelines that the M3 had but the M2 lacked! Lenses to go onto the M4 without issues thus were 35mm, 50mm, 90mm and 135mm, making it the most versatile Leica M until then. In addition, it also received a quick-rewind crank which was fitted on the body with a clever, tilted design. And, the quick-load kit that was available for the M2 became standard on the M4.

All in all the production numbers are: silver chrome cameras 47,191, black cameras 8,990, Motor-capable cameras 905, and furthermore Ernst Leitz Canada built another 2,355.

Featured in this article is a Leica M4 that went through its paces. I always imagine it served in Vietnam, since many photo-journalists who worked there and used Leica's, chose the M4. The camera's introduction year 1967 was the pinnacle year in the US intervention in Vietnam.

I picked it up from a Chinese student in The Netherlands, who did not tell me where he got it. It had been used in a hot climate: it was totally gummed up with dried up sweat from gripping, with dust and dirt, and it even had a dry piece of grass in the mechanism as I found out when I checked it out once back home!

This is what it looked like after that cleaning: 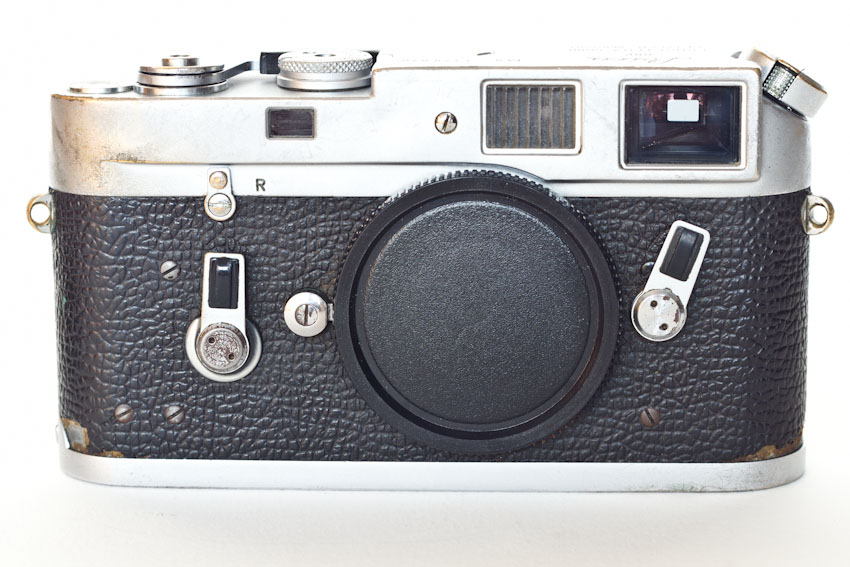 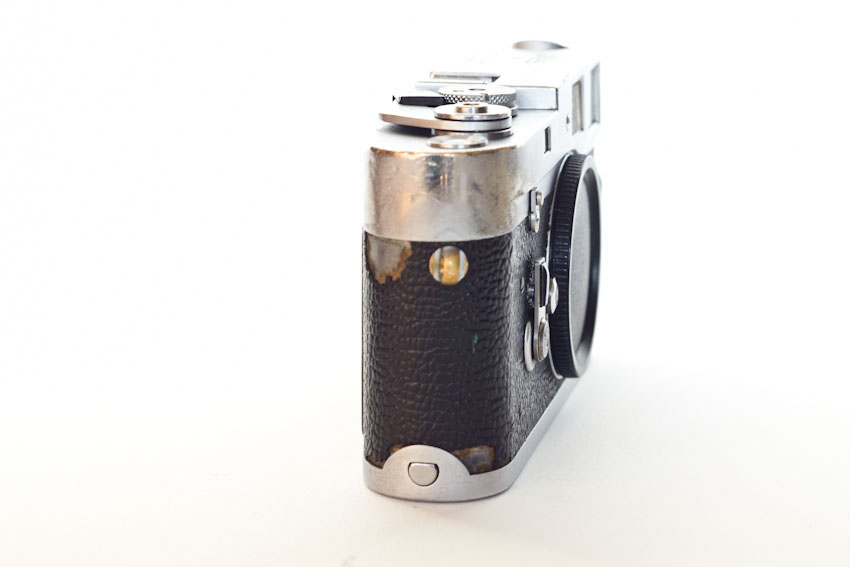 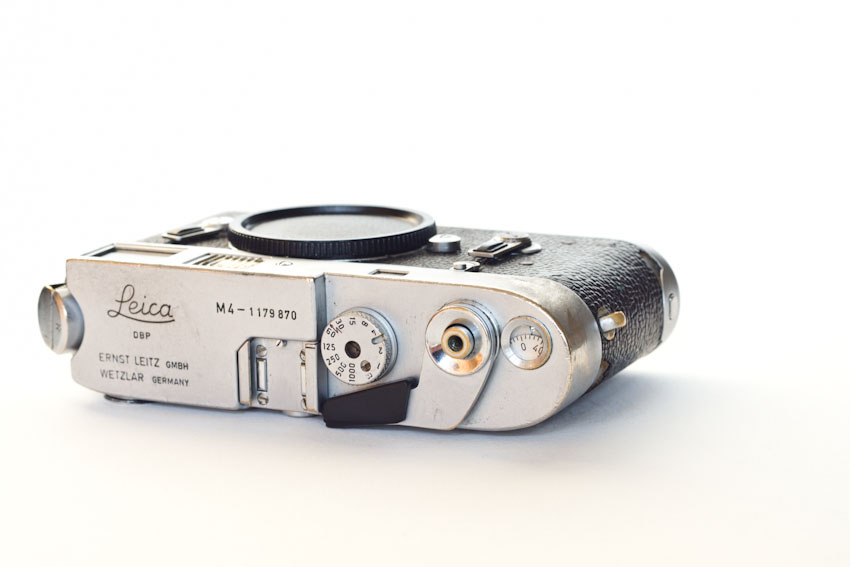 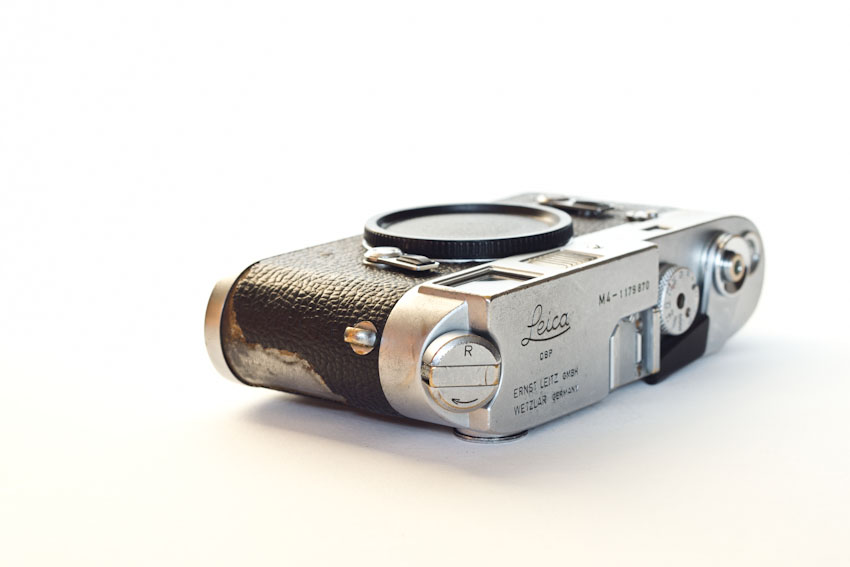 You can easily see where that camera was gripped most: the corrosion on the top wind side is where the chrome wore thin due to sweat. And, the camera had a simple leather strap attached to it (the standard issued, 'Leitz Wetzlar Germany' stamped simple strap): 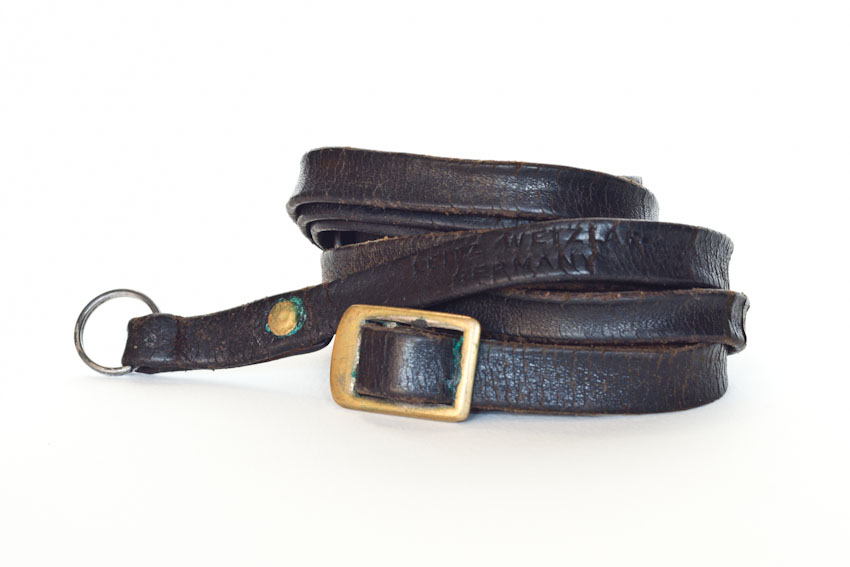 But that simple strap still had managed to wear the chrome off, and was already rubbing the nickel underneath that too, to expose the brass that the camera top is made of! The markings and the strap matched perfectly and as a result I'm pretty confident to say that this was the original strap. It was worn so thin, I wouldn't want to hang any camera on it, not even a toy camera! 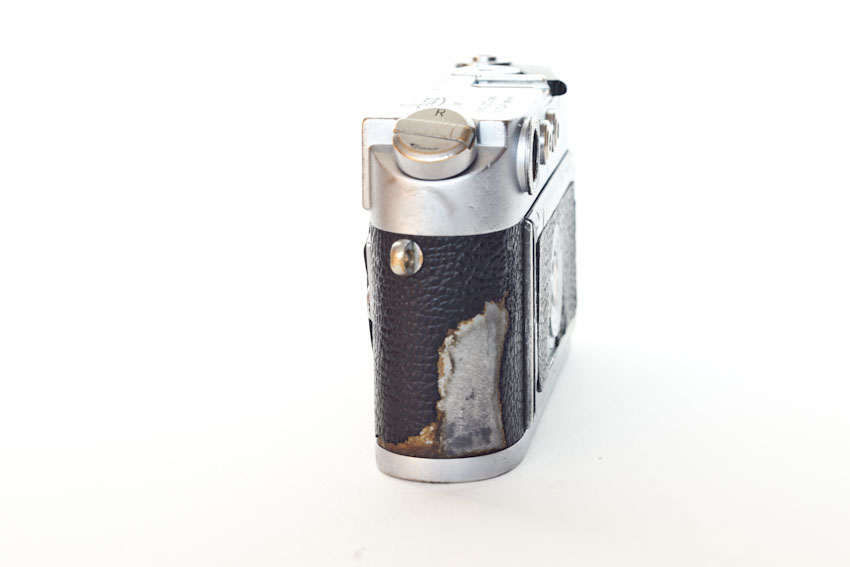 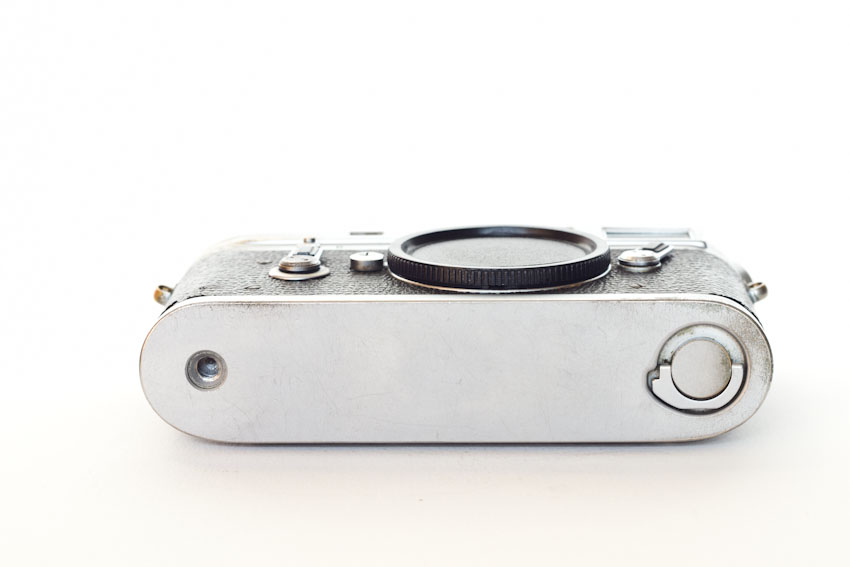 Now, that bottom plate actually is remarkably good condition, when you take the rest of the camera into account... ;-)

So, did I shoot it? Yes, but not straight away, haha! 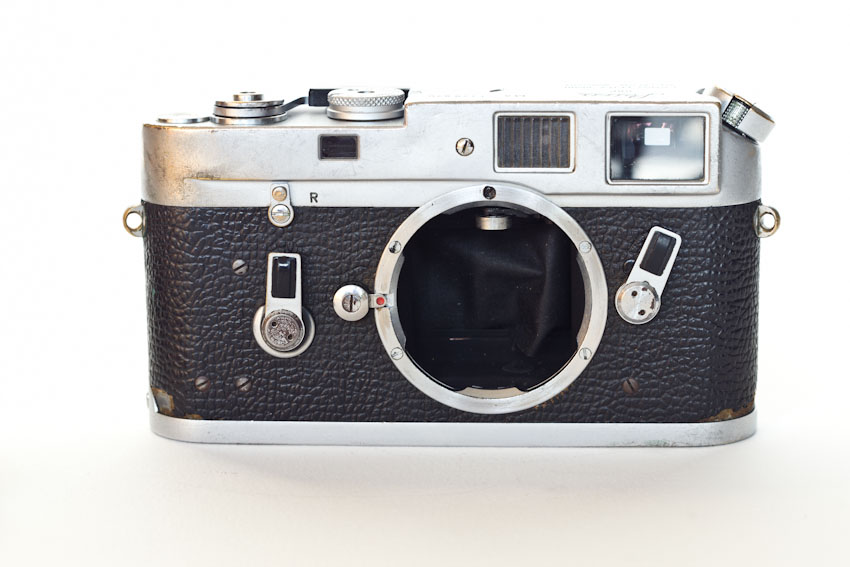 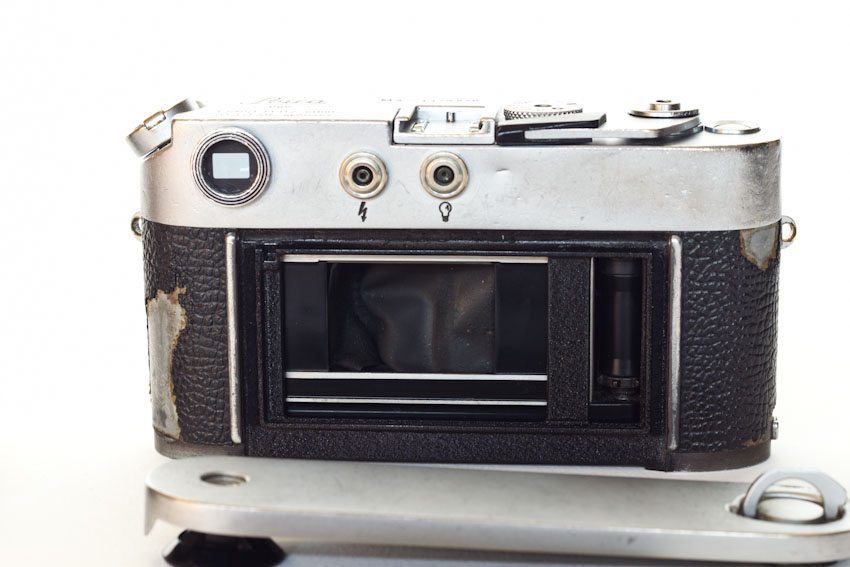 One of the shutter curtains had come undone. Those curtains are fitted into metal strips, clamped into them in fact. Attached to those strips are ribbons that run onto a big drum cylinder, which is spring tensioned. Press the shutter, the spring releases, the drum rotates, the ribbons are wound and the curtains are pulled across the film opening with a slit between them. That is, when everything is working as it should!

A friend of mine fixed this for me: the curtain simply was re-clamped into the metal strip. Kind of crude, but it worked! So far, the fix has held perfectly and it might not be pretty, it's functioning just fine!

Not too long ago I abandoned Leica M cameras (I only shoot two Leica II cameras now, alongside digital stuff) and my friend bought this from me. He hasn't changed anything to it and it still works fine. I doubt if it ever even had a service performed on it since 1967...

Found anything you like/love? Or missing anything? Found a nice link to include? Mail me!