Leica gear is well-loved, most-wanted and highly sought-after as a result, as we all know. But some Leica stuff just trumps it all: the black paint items from the 1950s, 1960s and 1970s. That's were the truly big bucks can be found, that's the stuff that dreams and collections are made of. Every collector hopes to one day scoop up a prime example for a handful of nickels and dimes.

So it is not that strange that sales of the coveted Black Paint Leica gear command larger attention, but also are a larger risk due to bigger bucks being involved.

On December 13th 2016 a new user registers at the RangefinderForum to inquire with the members about the authenticity of a Summicron Dual Range 5cm 2.0 lens with its goggles and box, in black paint. It is listed on eBay. Extra noteworthy aspect: the lens has an asterisk * behind its serial number, usually a sign that it concerns a new lens with a re-issued serial number. The asterisk * is known to be used on bodies, not so much on lenses, but at least there's a likely explanation for the asterisk.

It's a very pretty lens to see, that's for sure: 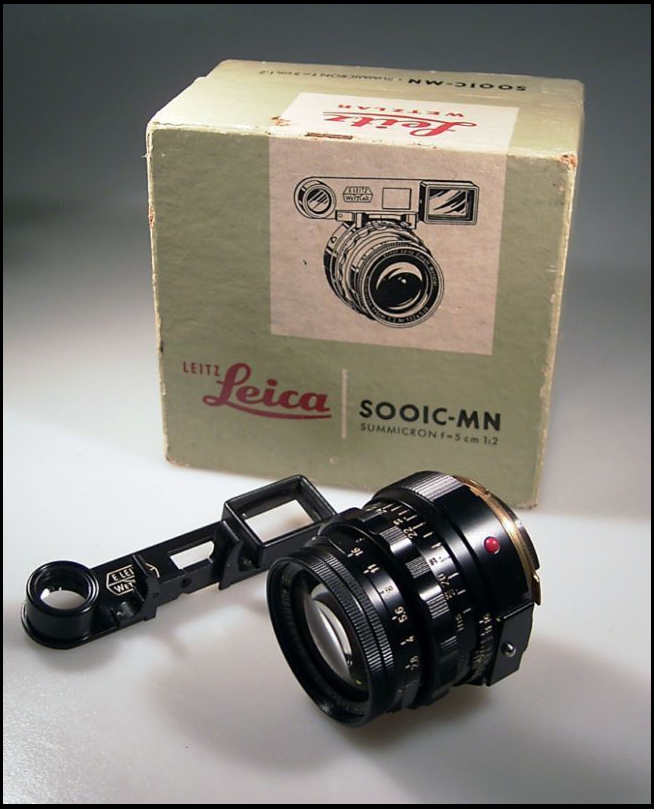 Black Paint Summicron Dual Range lenses are such a rarity that there's hardly anything up on the internet about them. The combination with an equally rare asterisk would very likely make it the only one on the planet. Sufficient reason to dig a little deeper and a few of us set out to find more info on the lens with serial number 1531090*.

Quickly it turns out that the lens has been discussed before on the Leica forum, as long ago as 2011. Even back then it was concluded that the lens was a fake one.

The shorts of that discussion:

Even before all that

Very shortly after that discussion, the inquiry to the 2011 eBay seller about authenticity resulted in an additional comment with the auction:

A comment by the seller within hours after the thread on the Leica forum surfaced sure raises the suspicion that the seller was a member of the Leica forum himself. The scammers of course are also members of the forums that Leica lovers frequently visit, it's the be3st place to get your information for a believable scam!

And as the seller of the 2011 eBay auction in his additional remark stated, the lens also was auctioned in 2002. 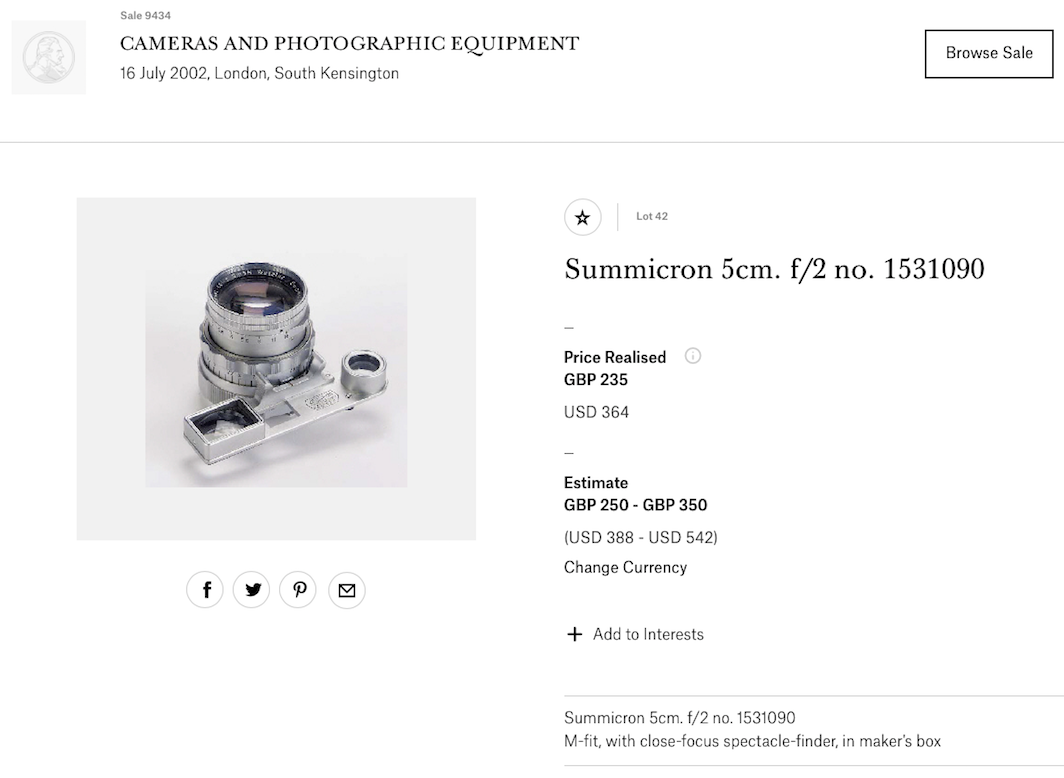 Similarities are unquestionable... A remark on parallel universes (I think) is funny to make once but then again, some folks simply copy that too...

Black Paint Leica gear requires possible purchasers to be vigilant and meticulously research their future purchase on the web. Every now and then a true scammer is identified and exposed, with the help of skilled internet fact checkers. Some consider this vigilantism, implying that the authorities should be the investigating party. However, the authorities almost certainly lack the specific knowledge it takes to finger the fraud.

Make no mistake, from the looks of it this is a very pretty Black Paint Summicron Dual Range lens. It could well be a center piece of a nice Leica collection. But, to pass it off as an original lens does unworldly things to the selling price...

Apart from the color, what's the difference?

My estimate would be that a good repaint of a nice Summicron Dual Range lens and goggles would fetch up to EUR 1500 at the most (less than half of the final sales price where the lens was claimed to be an original black paint lens). And a bad repaint would fetch less than a clean chrome lens because it would leave a trail of paint flakes when used...