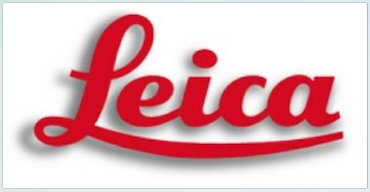 History of the screw mount Leicas 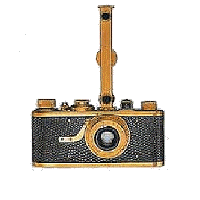 History of the screw mount Leicas

This article contains a list of the screw mount Leica models, from the early 1913 Ur-Leica to the Leica Ig from 1960, the last screw mount model. Brief descriptions and images from official Leitz brochures are included.

An early Leica I converted to a III

An early Leica I converted to a III

A parcel from Berlin today brought a remarkable Leica III with even remarkable Elmar 5cm 3.5 lens, and a chrome VIDOM viewfinder. It has a 5-digit serial number and was made in 1928!

Read more: An early Leica I converted to a III

Over the years I shot many Leica cameras. I loved them all but in the end I had to admit that one model really stole my heart due to its unprecedented simplicity: the early Leica II. But, what are nice lenses to use with that camera? 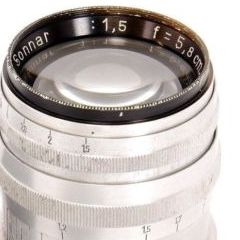 Every now and then you see them for sale on auction sites. The ever returning question is, are they real, or are they Russian fakes? I have a theory on their history… 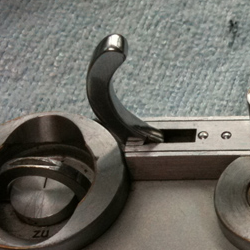 Some time ago, I suddenly was certain I needed a trigger winder on my 1938 Leica IIIa. Not having a transport lever on the camera made it a bit slow in use when I am shooting in the streets.

The Leica-made trigger winder is in fact a trigger bottom plate. It takes the place of the normal bottom plate, it has a spring to make the trigger return and that construction has one flaw: the trigger is connected to the film winder axle with the spring by means of a silk ribbon. And these ribbons sooner or later always snap. 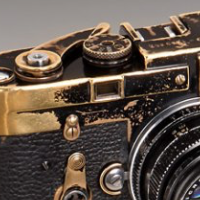 What is it that gets people excited over a Leica that is painted, instead of chromed? For some people, a Leica in black paint is irresistible. As if it were covered in pheromones. An article on the magic of Leica Black Paint cameras. How unique are those cameras really? 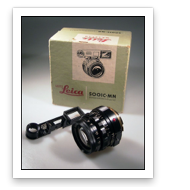 Leica gear is well-loved, most-wanted and highly sought-after as a result, as we all know. But some Leica stuff just trumps it all: the black paint items from the 1950s, 1960s and 1970s. That's were the truly big bucks can be found, that's the stuff that dreams and collections are made of. Every collector hopes to one day scoop up a prime example for a handful of nickels and dimes.

So it is not that strange that sales of the coveted Black Paint Leica gear command larger attention, but also are a larger risk due to bigger bucks being involved.

Read more: The curious case of the black paint Summicron-DR 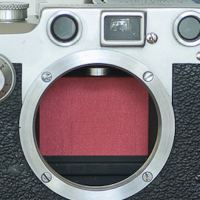 Shortly after World War II started, Leitz found itself in a sort of a predicament. The foreign shipments of shutter cloth material had seized due to the outbreak of the war. All that was left in stock was an experimental shutter cloth, which had different rubber layering and was red in color. Cameras that were ordered by the German Army, Navy and Air Force had to be delivered to Berlin, they were part of the war effort that German companies had to make.

Leitz decided to use the red shutter curtain material, even though there were doubts on its durability. And over time it became clear that the shutter cloth indeed gave in, the rubber started to desintegrate and left sticky black spots of goo on the shutter.

As a result, wartime cameras with red shutter curtains are pretty rare nowadays. 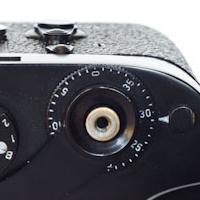 This particular Leica M2 started out it's life in 1963 and was used by German press photographer Herbert Ahrens until his death. When I bought it, the sticker from his 'Pressedienst' was still on the bottom plate. It looked very beat up but was still working flawlessly. 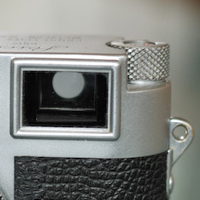 What's up, Doc?
The Leica M3 was a revolutionary design. It had a combined rangefinder and viewfinder, with parallax corrected frames that matched the focal length of the mounted lens automatically. The viewfinder was the brightest ever made. The M3 was the first camera with an advance lever, instead of a knob. It had a rear door that swings up, to make film loading easier. It featured a new and patented bayonet mount. 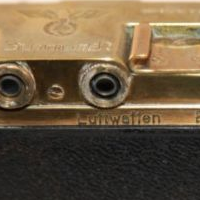 Every now and then you see them surface, those expensive and rare Leicas. The Leica Luxus, for instance. Only three of those gold plated Leicas were ever made, and only one of those is known to be in existence today. Or the Wehrmacht, Luftwaffen or Kriegsmarine engraved Leicas of the second World War. But most of the time these 'rare' cameras are fakes. How can you tell the true Leicas from the fake ones? A small guide. 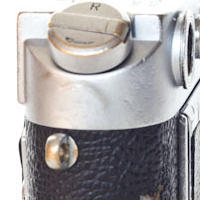 Featured in this article is a Leica M4 that went through its paces. I always imagine it served in Vietnam, since many photo-journalists who worked there and used Leica's, chose the M4.

Read more: Leica: The incredible M4 can take a beating 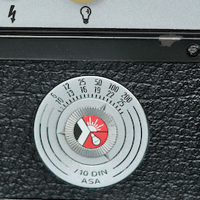 Thinking about buying a Leica body but you are uncertain which model will fit your photography needs best?

This little page conveniently lists the specifications of all 'regular' Leica film models, made from 1955 to 2003.