After I discovered online that the 1940's American Perfex Deluxe rangefinder was also available in a version with a Wollensak lens in a 38mm screw mount, I decided to buy one and find out if it would fit a Leica.

Only when it arrived I found out that the focussing unit of the Perfex is on the body, not on the lens. A bit like a really unsophisticated Contax focusing system. So much for easily adapting the lens for Leica, I thought. The camera sat on a shelf for quite some time. It wasn't a feat of engineering either, using it was like photographing with a brick, both in ergonomics and in results. I didn't even try, it was too obvious.

One day, as I was fondling it again, I noticed the thread mount seemed screwed onto the lens itself and was fixed to it with just two small screws. Since it was no use in it's current state anyway, I decided to disassemble it to see if it could be used once the mount was off.

Pretty soon, I ended up with a much sleeker lens, the Wollensak 50mm f2.8. If you're somewhat knowledgable with rangefinder photography, you might know that a Wollensak like that is worth quite a bit in Leica screw mount. If not, check the Great Auction Site and you'll see. If you can even find one for sale, that is...

On that same Great Auction Site, I had noticed a Polish seller who mounted desirable vintage lenses into the focussing assembly of old Russian Industar lenses. These collapsible Industar lenses can be had for as little as ten or twenty bucks, shipping sometimes will set you back more than the lens. The trick: inquire with a FSU seller who has some goods you like to have anyway and ask if he has a wrecked Industar-22 to throw in for little money.

To get back to the story on my Wollensak, the rear of the lens tube, once freed from the crude Perfex focusing mount, measured 28mm in diameter. I found that upon disassembling the Industar, its focusing mount had a diameter of 27mm for the collapsible lens tube of that lens to slide through. Only a single millimeter diameter needed to be ground off, and the assembly is made from brass, so three careful minutes with the Dremel did the trick! I circled the Dremel head around in the inside of the lens mount, against the rotating direction of the head, repeatedly checking my progress as I wanted a tight-as-possible fit, no sloppiness. Once I had taken off enough of the soft brass, this is what I ended up with: 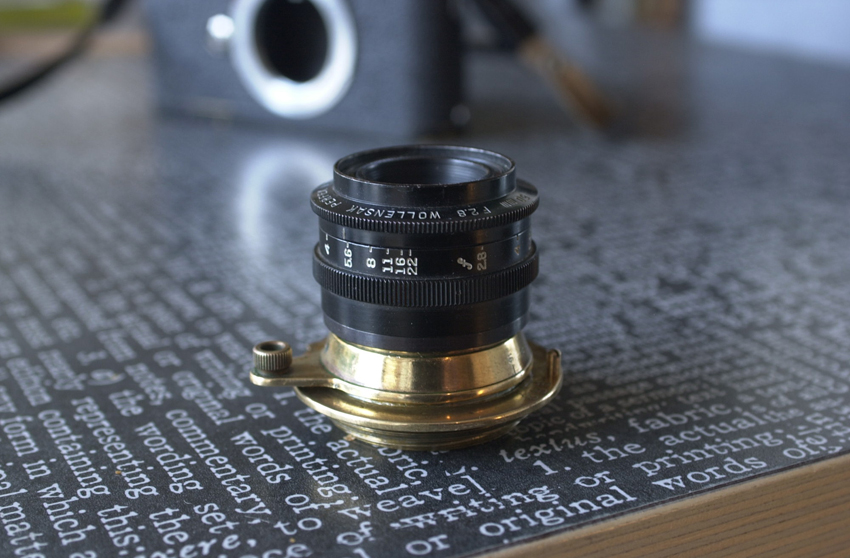 Below the black paint from the lens you can see a black metal ring of slightly different color. This was the original ring that the lens was fixated into the Perfex mount with. I simply threaded it onto the lens, pushed the Wollensak lens tube into the Industar focusing mount and used the ring as a stand-off shim to position the lens to the correct depth for focusing on a Leica. 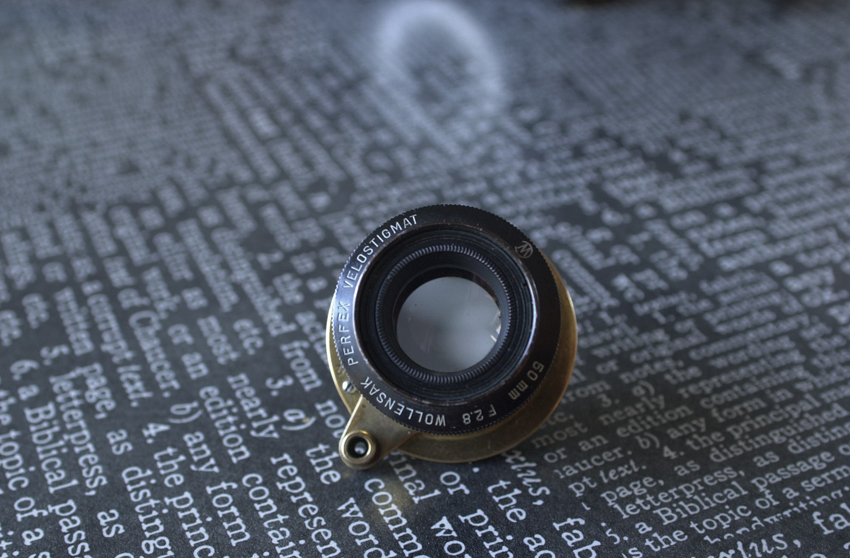 The lens glass looks opaque here, but it really wasn't. This lens mount had its infinity lock removed but since I do not care for them, I left it like this.

The Perfex Wollensak 2.8/50mm mounted to my now-gone Leica M3 Black Re-Paint. It was my first and only DIY Leica Re-Paint, and I promise I will never do this again to any camera... ;-)

As you can see, my lens mount is in brass, since it came from a Zorki that was faked into a Leica Luxus Gold, but obviously the brass edition :-)

Using the M8, I collimated it. Once I was happy with it, I marked everything for correct positioning, applied some LocTite here and there (this red fluid hardens out once there is no oxygen getting to it, it is frequently used to secure nuts and bolts, etc) and fitted everything back the way it was supposed to go. All is tight and strong now, and it is accurate wide open at 1.5 mtrs, has a bit front focussing when closer. Anything beyond 1.5 mtrs is sharp when focussed. This is likely from the Industar mount used, since this does not fully agree with the Leica rangefinder cam travel. I didn't mind since I found 1,5 meters a good minimum distance to shoot portraits from anyway.

The lens has a lovely 1940's kind of low contrast, and a soft pastellish color rendering: 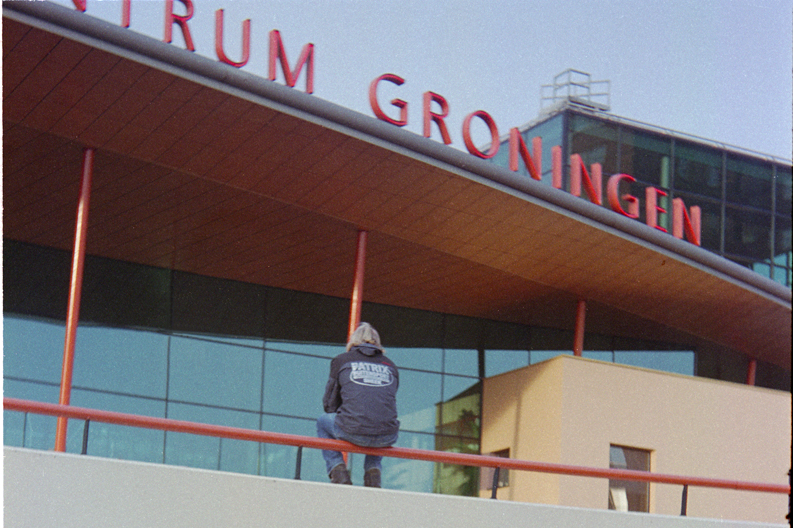 From a slowly moving car, through the side window. Nothing scientific, but totally real-life, I'd say!

A word of caution, should you now decide to run to eBay and get yourself the proper parts for this conversion: make sure you get a lens that has a smooth aperture! This is a challenge, since the aperture of these lenses is very frail, and regular oil was used to lubricate them. Result: many lenses with sticky blades around. And no, you cannot service them yourself. The pivoting axle of the aperture blades is nothing more than the standing up metal after a hole was punched through the really thin sheet metal the blades were cut from, and they are held in place by a metal sleeve inside the lens tube that itself is set into place by sort of an outward spring. Pry the spring out, the sleeve will come out and all the blades like small leaves along with it, never to be assembled again. Ask me how I know... This was my second lens and the first successful attempt of building a Wollensak 2.8/50mm in Leica Thread Mount. The first lens ended up an aperture-less lens...

Still the easiest hack I ever did, recommended!