The Beautyflex 2.8 was the only TLR (twin Lens Reflex) camera ever to compete with the high-end Rolleiflex models of the 1950s and 1960s, the only non-Rolleiflex ever built that had a 2.8 lens. The Cantor lens on the Beautyflex 2.8 resembles the image quality of the Xenotar lenses on the Rolleiflex 2.8C.

This is a rarely seen camera. I was lucky to purchase it online a while ago and was totally amazed when I finally found one in good working condition after looking for it for over a year.

Very little is known on the Beautyflexes. They were made by a Japanese company called Taiyodo Kohki in the late fifties and early sixties. The same company sold their cameras under different brand names, some of which were the names of the companies that commissioned the production of the cameras. In the Netherlands, cameras branded 'Fodorflex' are frequently seen, and they are Beautyflexes that were ordered by the Rotterdam photographic company 'Fodor'. These cameras both have the same 75mm 3.5 Biokor lens that Taiyodo Kohki used in those days and design is identical.

This camera has bayonets on both the viewing and the taking lens. The bayonets take standard filters and hoods from a Rolleiflex, in the RIII diameter. Earlier 2.8 models either had a bayonet on just the taking lens, or no bayonets at all. 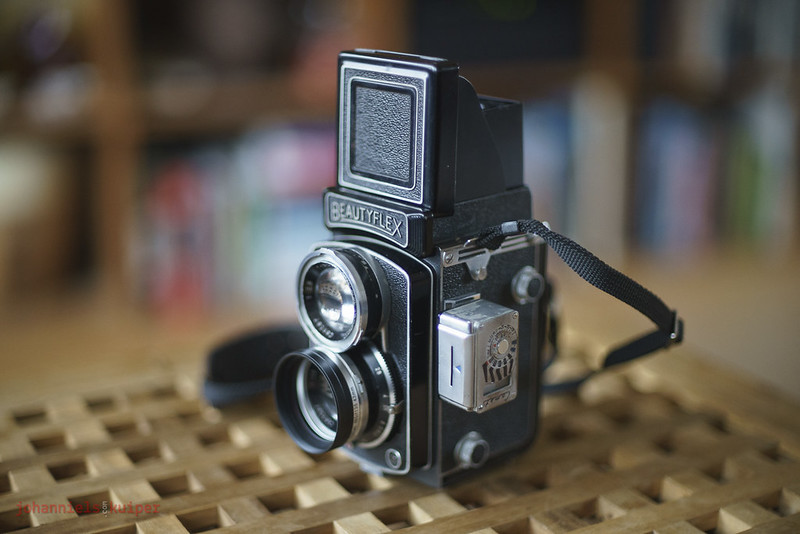 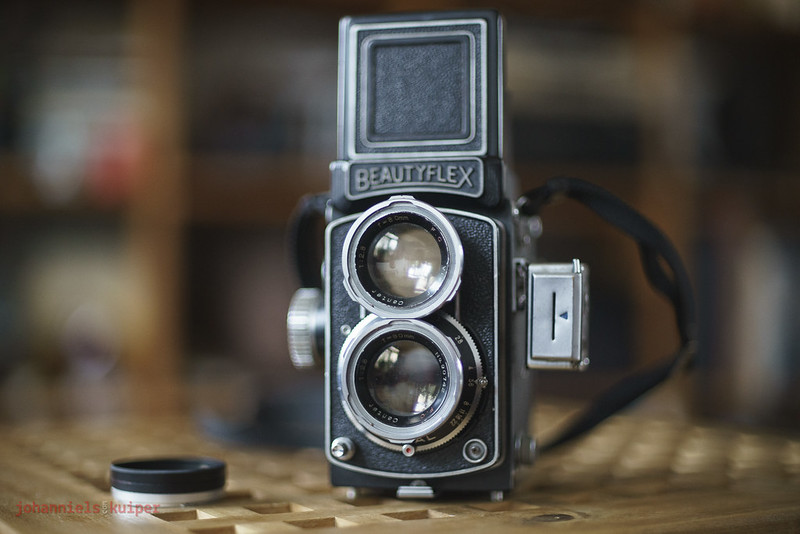 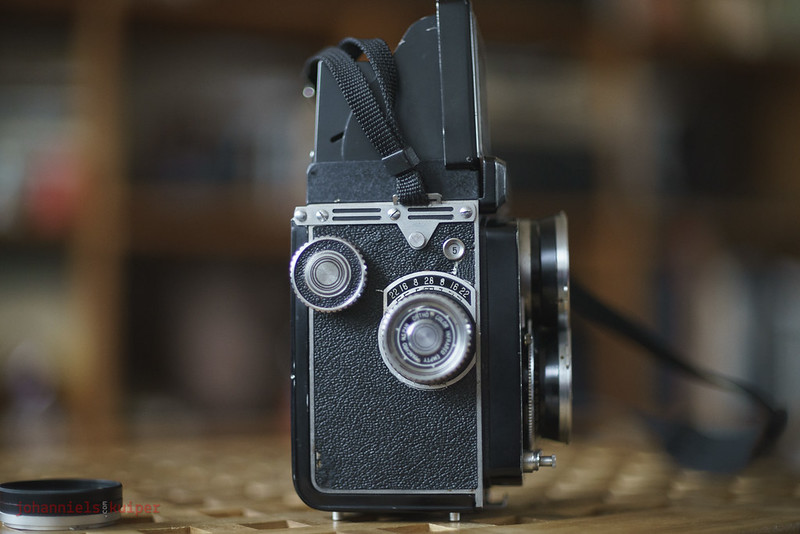 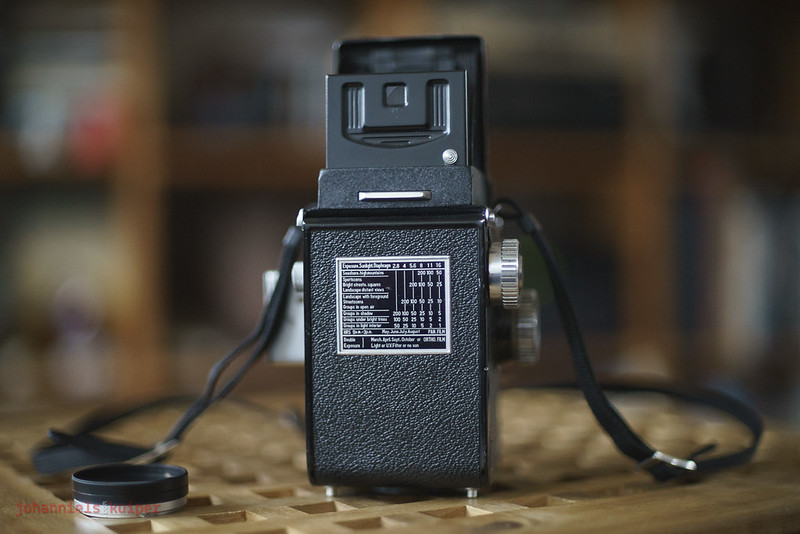 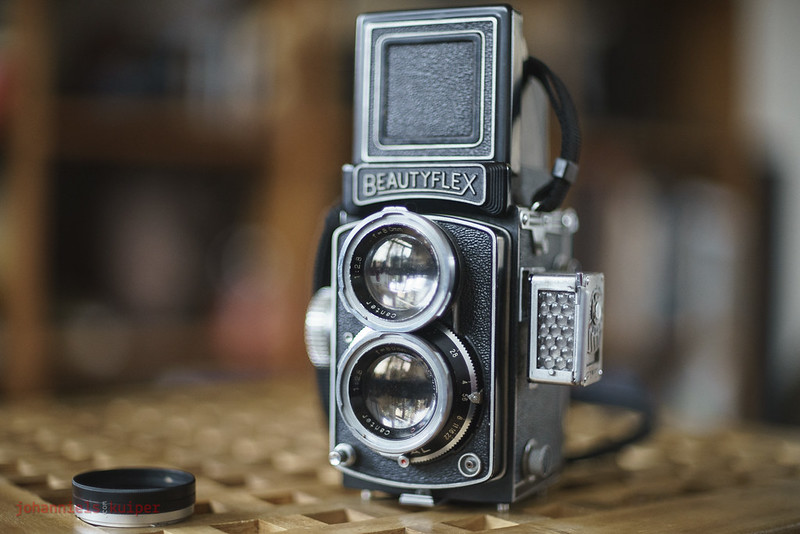 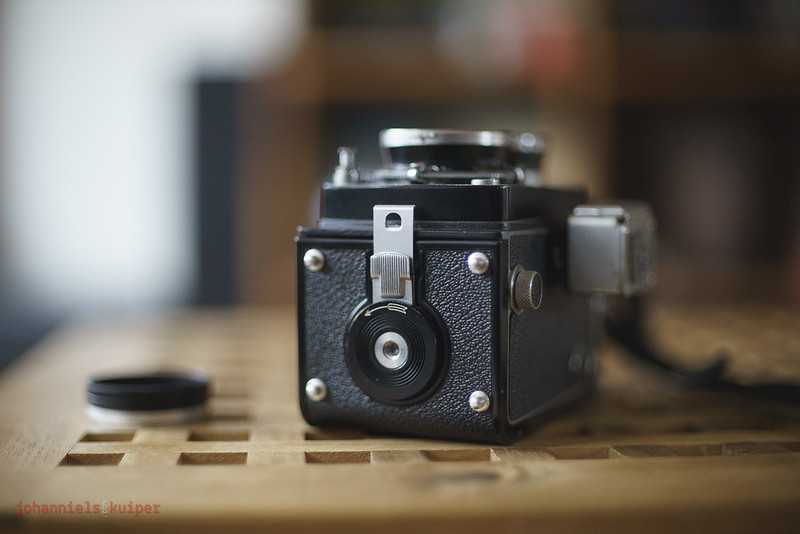 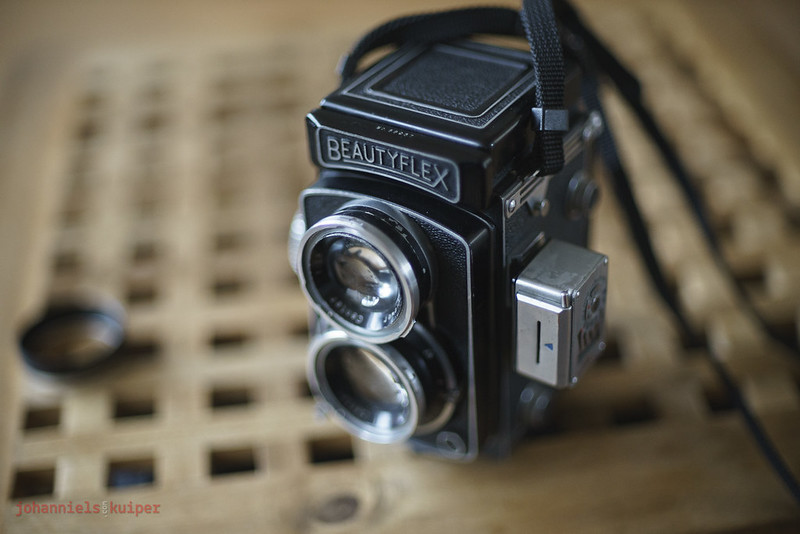 The Beautyflex and its Biokor and Cantor lenses are sometimes met with some dedain, and there is debate that the lenses were in fact identical to the Tri-Lausar lens on early Yashicas, another lens that had a reputation for being lousy. But, the Tri-Lausar can be a very capable lens if clean and well-aligned! The shots I've seen from the Biokor and Cantor lenses on Beautyflexes look slightly different, they have more of a 'pop' in depth of field and sharpness in them. Contrast is equally low, but of course is easily fixed in post-processing on the computer. 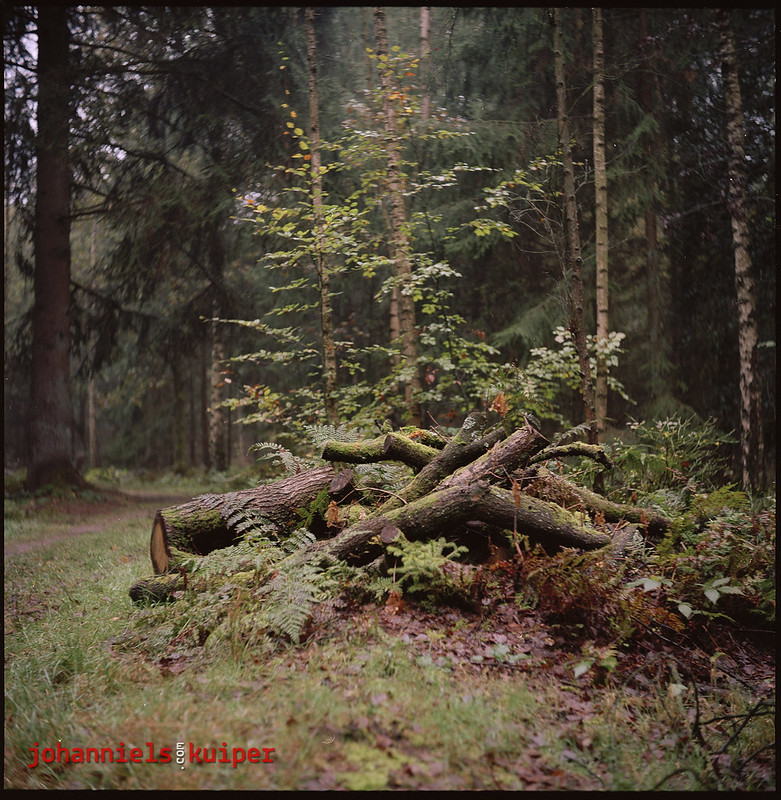 Biokor 3.5/75mm lens. That's no 'swirl' in the out of focus top area in the background, but a small breeze making the leaves rustle. 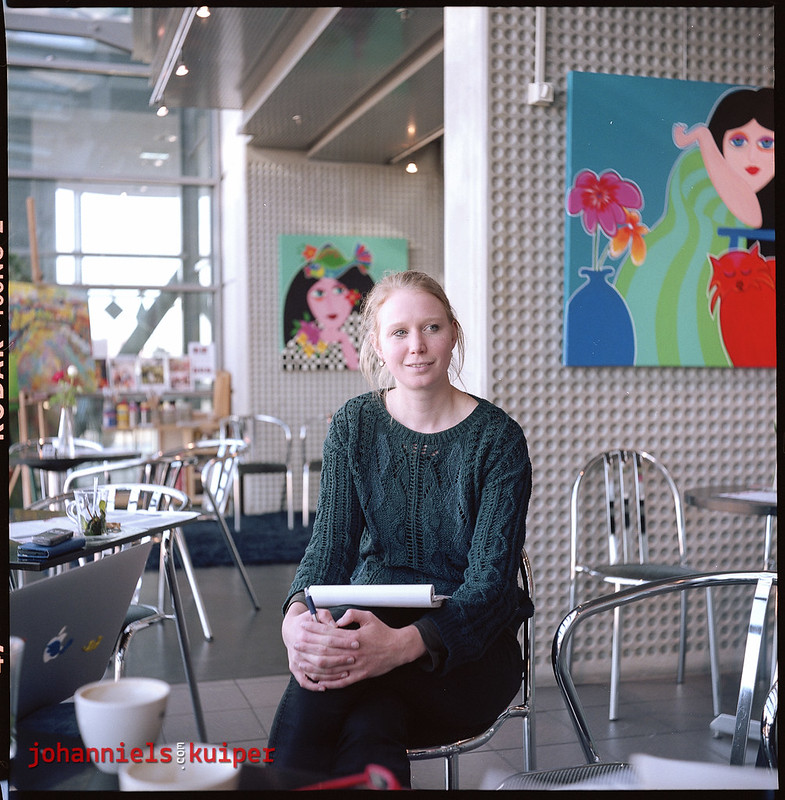 Both images shot on modern Portra 400 film and scanned with an Imacon Photo with 1600dpi. Not too bad, ey? ;-)