The Tower type '45' camera was a screw mount Leica clone built by Nicca from Japan. It was sold exclusively by Sears in the United States, who commissioned cameras with their 'Sears' brand name with various Japanese and German camera manufacturers in the late 1950s and 1960s.

The second half of the 1950s saw the Japanese camera manufacturers face some difficulties in their production. Many of them (Canon, Nicca, Leotax, even the British Reid & Sigrist) had built their empires on copying the German design of the Leica IIIc. The Germans had lost their patents after World War II and the Japanese and other manufacturers had jumped on the opportunity to create their own versions of what had proven to be very well-built and highly effective cameras. But then, the Germans took the market back by releasing the Leica M3, which was a whole new level of camera and it was patented again too! The Japanese copy-cats were left lightyears behind.

But, they quickly figured out that Leitz had filed for a combined patent of all new features and had not filed the single alterations and improvements for patent too. And they set out to close the gap between their own (very capable!) models and the Leica M3.

And it got us some interesting developments. 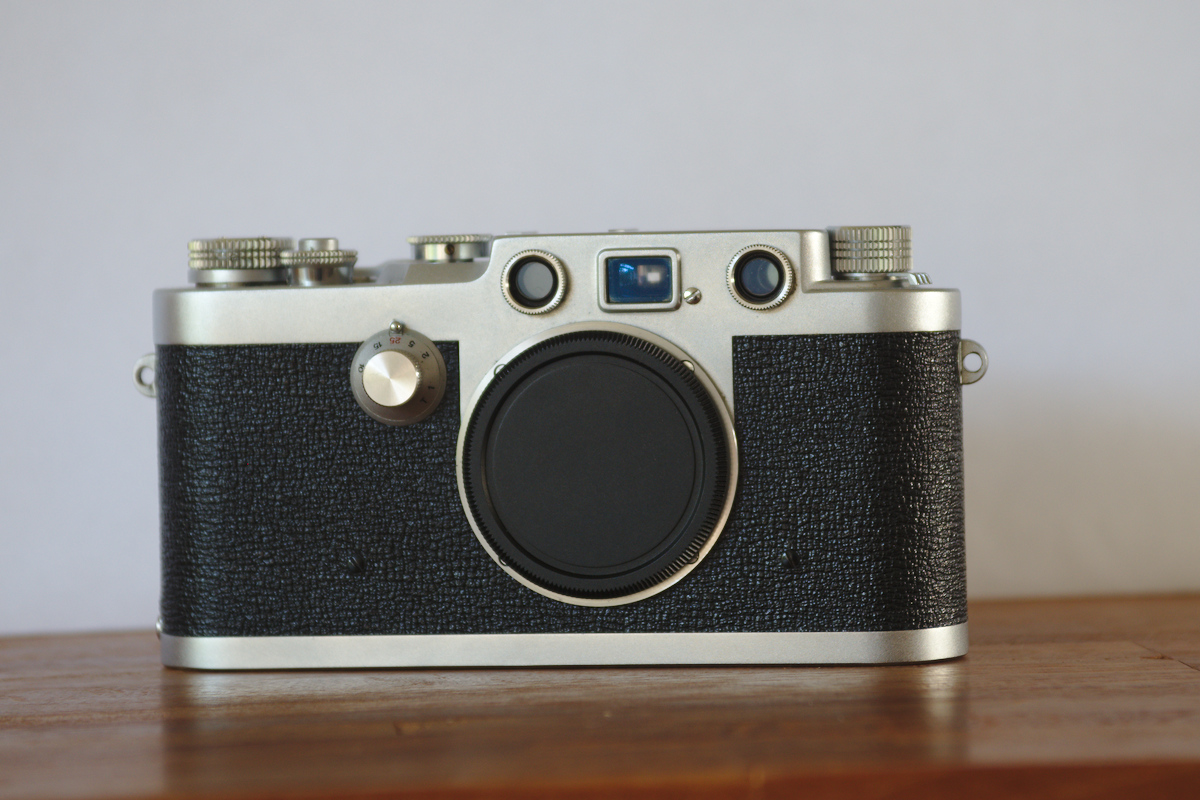 The above, sleek looking camera is the Tower type '45'. It could just as well have been a type '46', because the difference was the model lens that came in the package. In fact, it's a re-branded Nicca type 5L, and it was made to compete with the Leica M3. But since the demand for the Leica M3 took of like a rocket from the moment it was launched, the Nicca 5L and its Tower '45' and '46' twins were only made in small numbers. 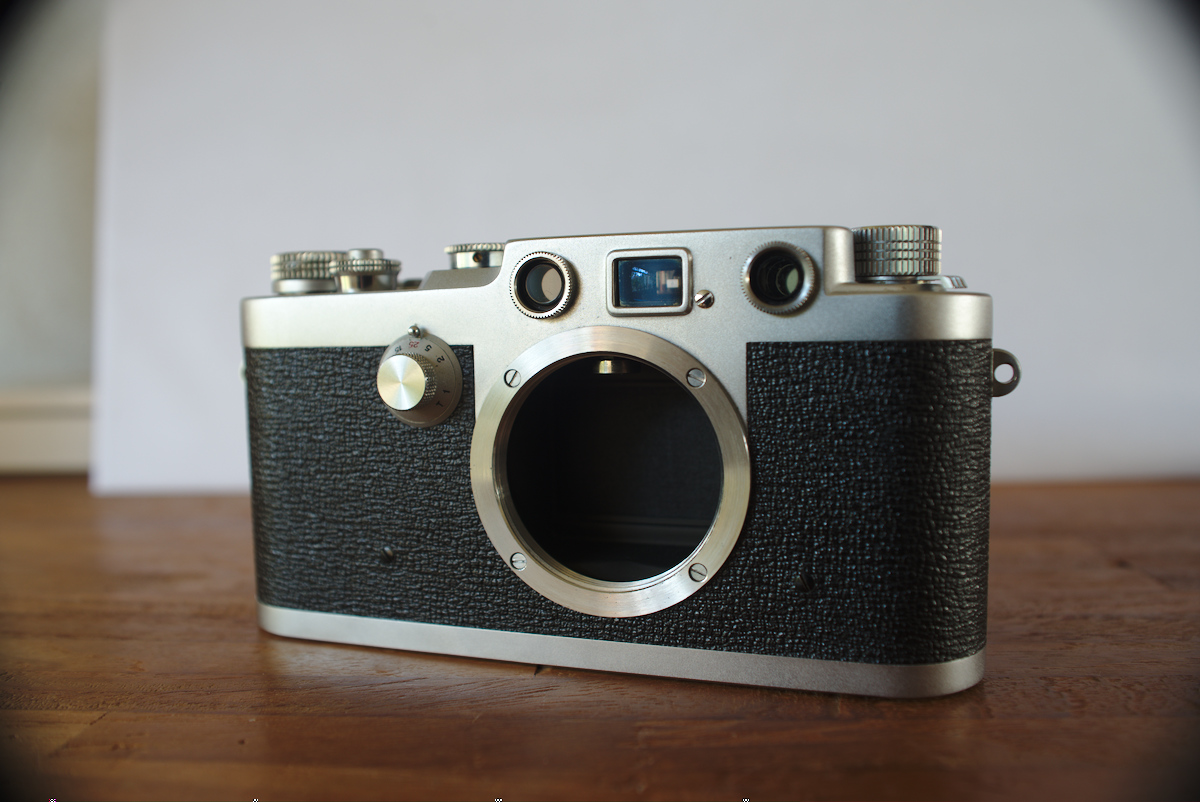 I love the camera for it's smooth look, it's looking very clean in design and materials used are of very high quality. The coated viewfinder window makes it pretty flare resistant too.

Oh, before I forget: the Tower type '45' was issued with a Nikkor 50mm 2.0 LTM lens, while the Tower type '46' came with the today still highly regarded Nikkor 50mm 1.4 LTM lens. Those Nikkor lenses are Sonnar design lenses, and their quality is more consistently good than that of their Russian brethren the Jupiter-8 50mm 2.0 LTM and the Jupiter-3 50mm 1.5 LTM. As a result, the Nikkors usually are more expensive when you want one these days: less chance of getting a dog of a lens. OTOH, when you do get a brilliant quality Russian lens (these do exist!), you'll likely be laughing because of the price you paid for it! 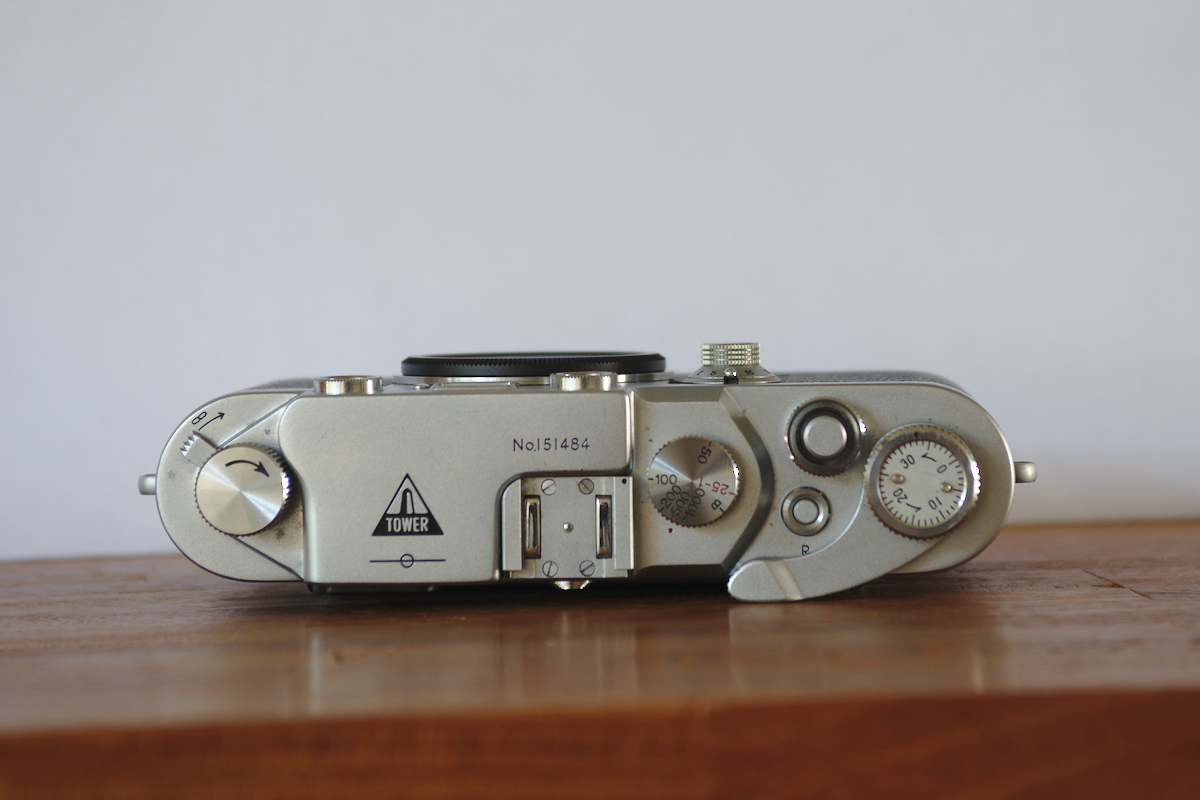 The Tower type '45' is equipped with lever wind film transport, like the Leica M3 was. A great improvement over the very effective but not very ergonomic knob wind of the 'regular' Barnack cameras! 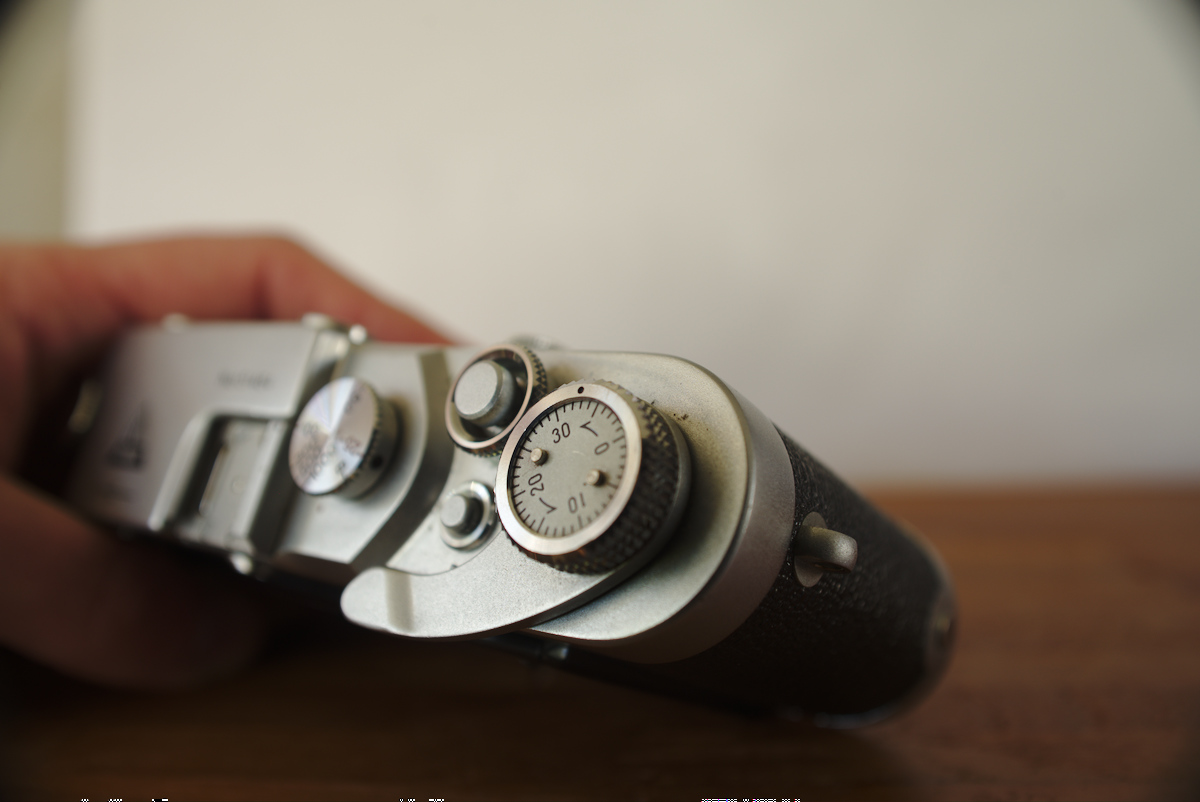 The film counter is very easily set, but sufficiently sturdy to not accidentally turn. 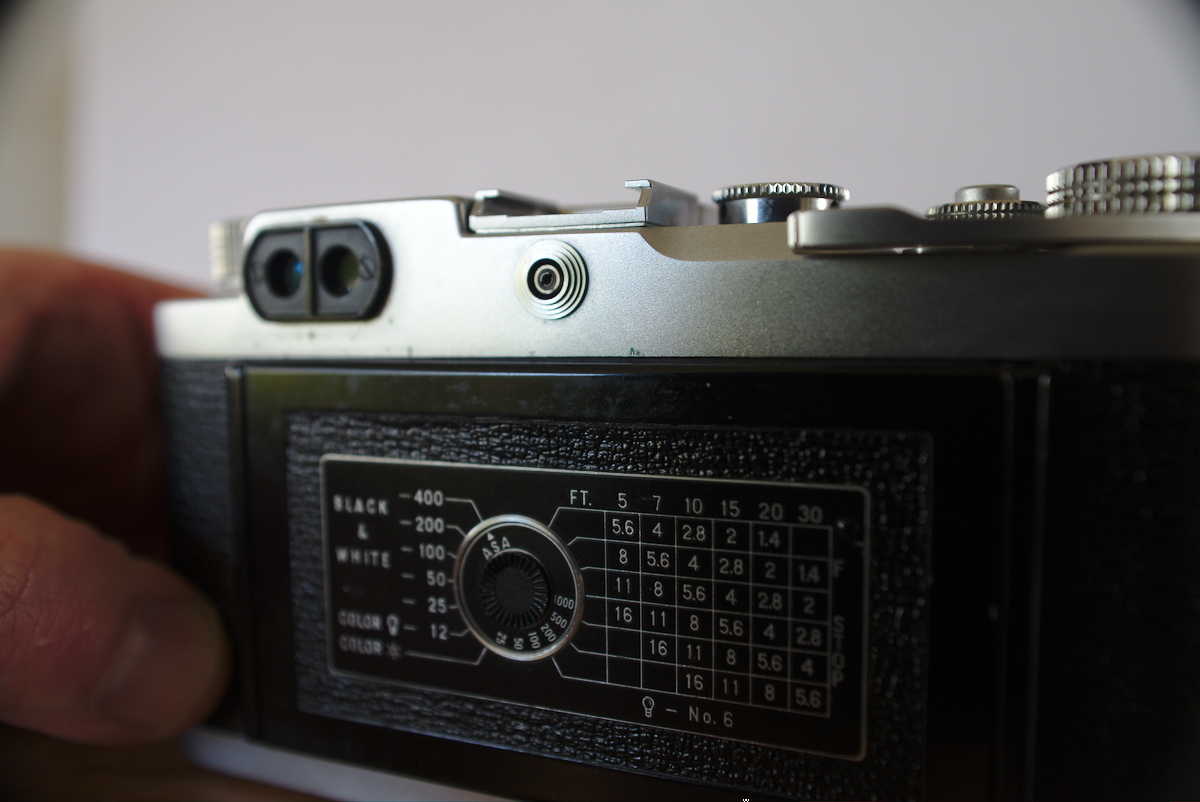 It has a flash connector incorporated on the top deck, right under the flash and accessory shoe. And yes, that's a film reminder dial that sort of doubles as an flash exposure calculator too, sweet! 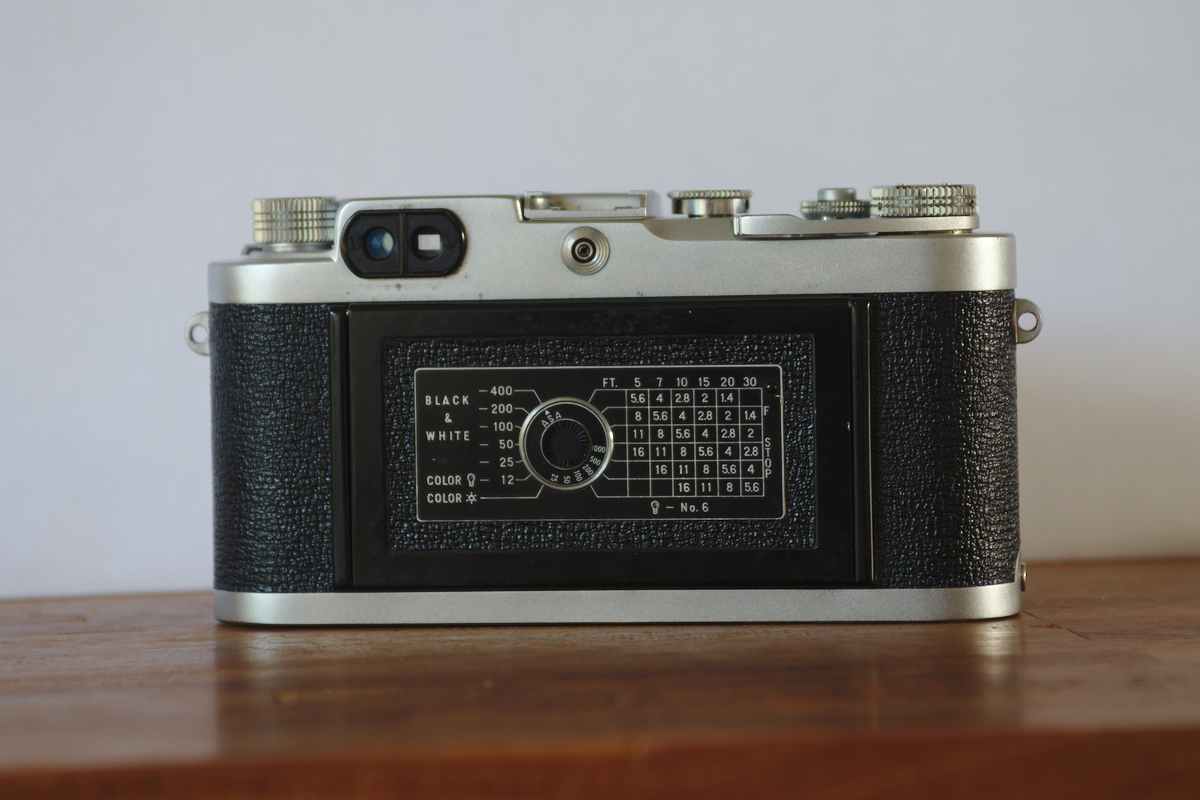 But wait, isn't that rear of the camera a bit all too reminiscent of the Leica M3? You mean, it has... REALLY? 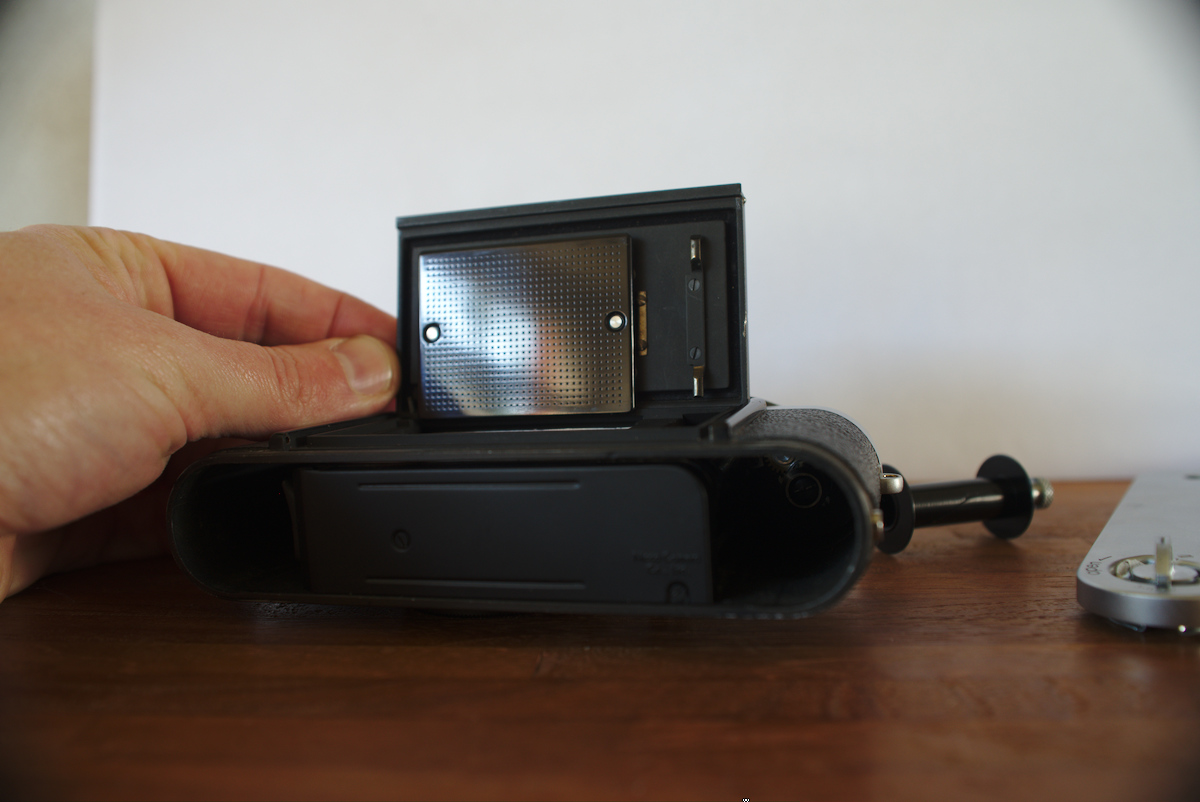 Yes indeed, the Tower type '45' did away with the Barnack moniker of 'bottom loader', it has a back door! 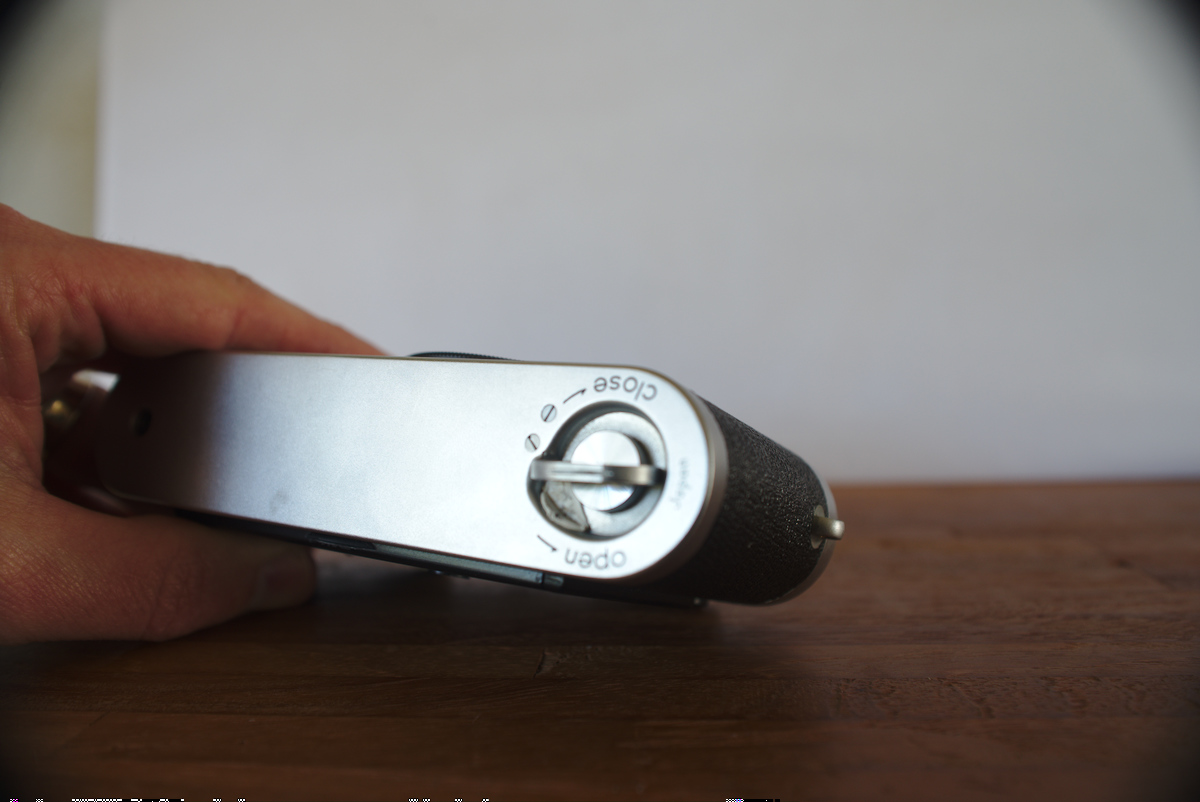 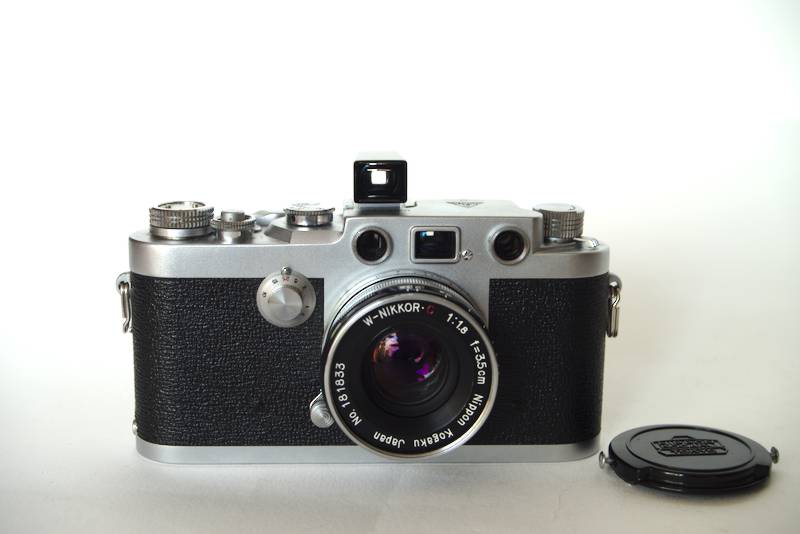 Shown here with the rare-as-hens-teeth W-Nikkor-C 35mm 1.8 lens, that commands a small fortune today in Leica M39 mount, since it turned out to be a stellar lens on the digital full frame Leicas like the M9, M240, Monochrom etc.

And that Voigtländer Minifinder is a sweet thing too, the smallest 28/35mm viewfinder ever made, very befitting of any Barnack sized rangefinder camera!

Nicca as a camera manufacturer disappeared from the market in the early 1960s, when Yashica bought the company and started making cameras under their own name. The Tower cameras for Sears and Roebuck already weren't produced then anymore. The Tower '5L' cameras as a result are all over half a century old, but often still work like a charm since they were easily serviced by Leica repairmen.