Shortly after World War II started, Leitz found itself in a sort of a predicament. The foreign shipments of shutter cloth material had seized due to the outbreak of the war. All that was left in stock was an experimental shutter cloth, which had different rubber layering and was red in color. Cameras that were ordered by the German Army, Navy and Air Force had to be delivered to Berlin, they were part of the war effort that German companies had to make.

Leitz decided to use the red shutter curtain material, even though there were doubts on its durability. And over time it became clear that the shutter cloth indeed gave in, the rubber started to desintegrate and left sticky black spots of goo on the shutter.

As a result, wartime cameras with red shutter curtains are pretty rare nowadays.

This particular camera is a red curtain Leica IIIc, which also had a seldom-seen 'N-L' engraving on the top plate. It is believed that these cameras were delivered to the German Heer (Army) in The Netherlands (die Niederlande), although that does not explain the dash in the engraving...? 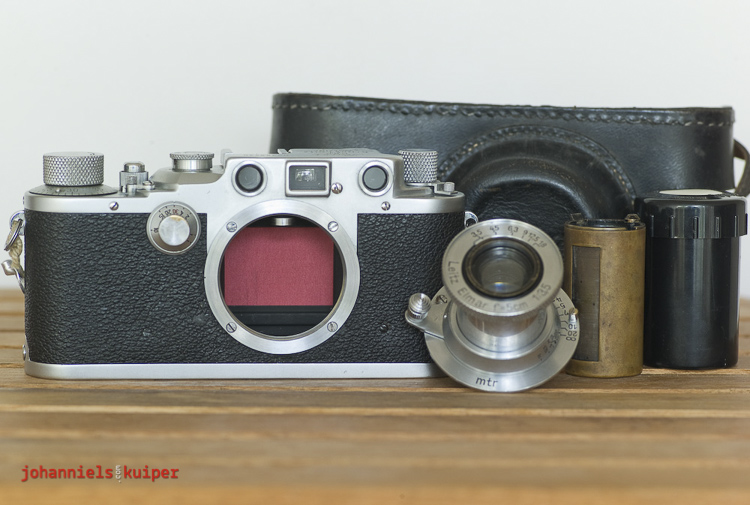 Red curtains (both curtains red material!) in very good (!) condition. Most curtains turned sticky over time and after the war Leitz used to replace them with the regular black curtains without prior notice to the owner, so the serviced camera would be working like it should.

This camera either was never serviced, or it was kept in original condition on the owners request. I now regret that I did not record the lens serial number, it looked as if it was original to the camera too. The FILCA film cassette (identified with the black knob on top, the later IXMOO cassettes have a chrome knob) is not in its original container: this bakelite container did come with the IXMOO container, the wartime containers were made from aluminium, painted gray. 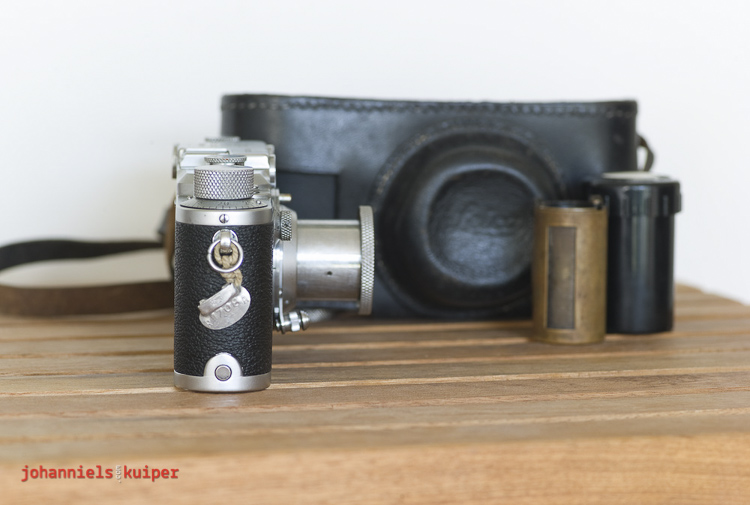 The camera has the original vulcanite fitted (it had a crack and I glued it down meticulously to keep it from cracking further), and even had a customs tag on it. Those are the original 'O' rings too. 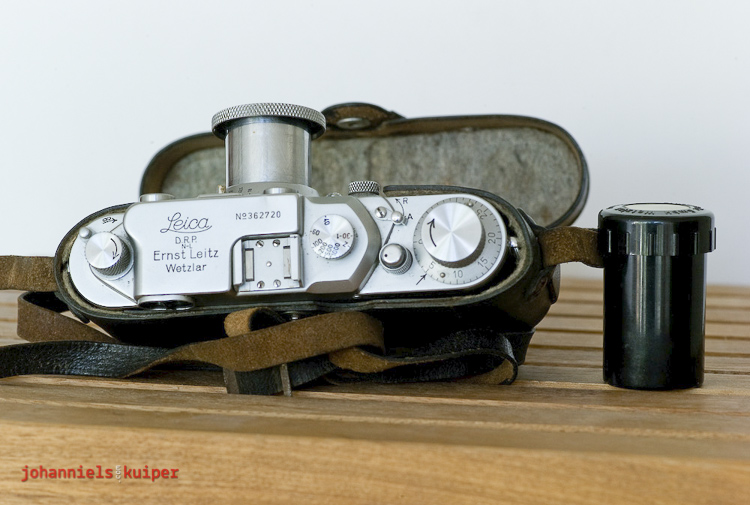 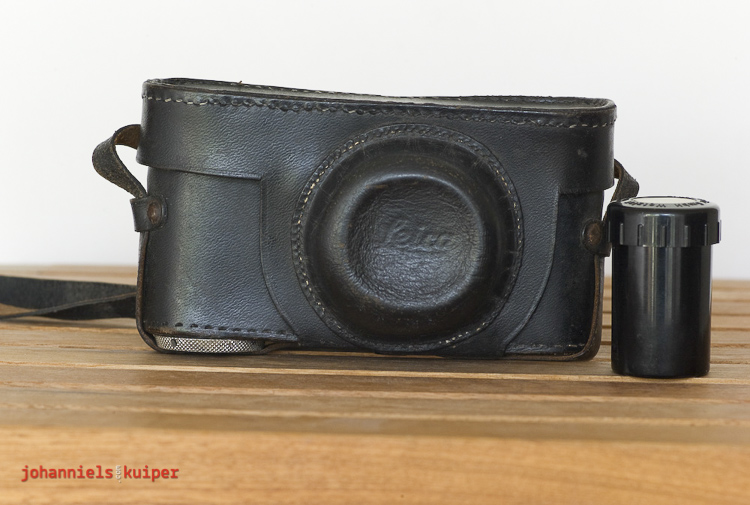 On eBay I found an original wartime black camera case. It was only made in the war. The leather is much thinner and the case is lined with sheep felt, not the nice red velvet-looking material from pre- and postwar cases. I was lucky, the case was overlooked by collectors and I got it cheap.

Should you be the chap that bought it from me, I'd consider buying it back! Drop me a line at This email address is being protected from spambots. You need JavaScript enabled to view it.?